Things You Need to Know About High Density Interconnect PCB

Things You Need to Know About High Density Interconnect PCB

Printed Circuit Board (PCB) is a flat plastic board on which a variety of circuit components are laminated or fixed. Due to the increasing complexity of electronic devices, the importance of PCB and more natural parts has become more intense.The exclusive boards range that fit the title include those that are High Density Interconnect (HDI), aluminium clad, rigid flex, blind and buried or any combination of all these.

High Density Interconnect PCB  is defined as a printed circuit board with more density for wiring capacity per unit area than normal PCB. They are special in a way that comes with finer lines and spaces, smaller vias and higher connection pad density than utilized in conventional PCB technology. HDI PCB is used to enhance electrical performance of the device, thereby reducing size and weight. It is made through sequential lamination with insulation materials and conductor wiring for effective performance and higher density of routing. In fact, HDI PCB is the viable alternative to expensive sequentially laminated boards.

The main materials used in the formation of PCB include dielectric, tough material that is not easy to bend and heat insulation. On the top layer, a thin trace of copper is seen. Generally, the copper covers the entire layering of PCB. Parts of it are fixed during the process of production. The remaining parts of tin copper traces are called conductor pattern, and are typically used to provide circuit connection for components on HDI PCB. 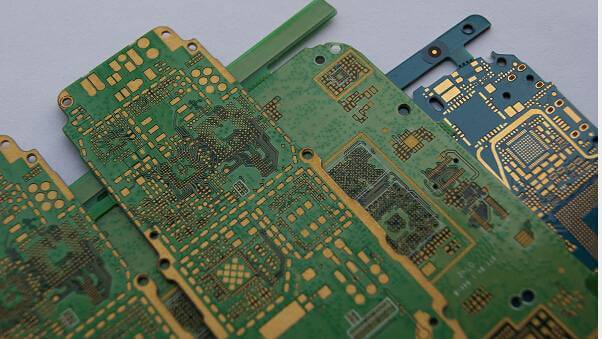