Home/Uncategorized/How to select the surface treatment process of HASL, ENIG and OSP for printed circuit boards?
Previous Next 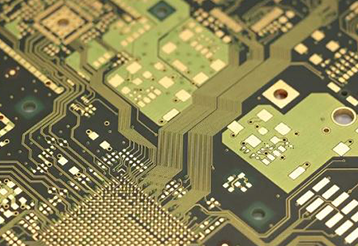 1.HASL (hot air solder leveling)
Actually, HASL includes HASL lead and HASL lead-free. It was once the most important surface treatment process in the 1980s, but now fewer and fewer circuit boards use it. The reason is that the circuit board is developing towards the direction of “small and fine”. HASL will lead to soldering ball for the fine components during the production. So many PCBA manufacturer will choose ENIG and OSP in order to pursue higher process standard and production quality.
Advantages of HASL lead: Low price, excellent soldering performance, better mechanical strength and gloss than lead-free process.
Disadvantages of HASL lead: It contains the heavy metal lead. The production is not environmentally friendly and cannot pass RoHS and other environmental evaluation.
Advantages of HASL lead-fee: Low price, excellent soldering performance, relatively environmentally friendly, and can pass RoHS and other environmental protection evaluation.
Disadvantages of HASL lead-fee: Mechanical strength and gloss are not as good as HASL lead process.
HASL common disadvantages: not suitable for soldering pins with fine gap and too small components, because the surface flatness of the board with HASL process is poor. It is easy to produce soldering balls in PCBA production, will easily cause short circuit to the components with fine gap pins.

2、ENIG
ENIG is a relatively advanced surface treatment process, which is mainly used on circuit boards with connection functional requirements and long storage life.
Advantages of ENIG: It is not easy to oxidize and can be stored for a long time.The board surface with ENIG is flat which is suitable for soldering fine gap pins and components with small solder joints. Reflow soldering can be repeated many times without reducing its solderability. It also can be used as the substrate of cob wiring.
Disadvantages of ENIG: The cost is high and the soldering strength is not so good. Because the electroless nickel plating process is used which will easily cause the problem of black pad. The nickel layer will oxidize over time, and the long-term reliability is a problem.

3.OSP (Anti oxidation process)
OSP is an organic film formed chemically on the surface of bare copper. This film has anti-oxidation, heat shock resistance and moisture resistance to protect the copper surface from further rusting (oxidation or vulcanization, etc.) in the normal environment; It is equivalent to an anti-oxidation process, but in the subsequent soldering high temperature, the protective film must be easily and quickly removed by the flux, and can make the exposed clean copper immediately combined with the molten soldering to form a solid soldering joint in a very short time.
At present, the proportion of circuit boards using OSP surface treatment process has increased significantly. Because this process is suitable for circuit boards with low process and high process. If there are no any functional requirements for surface connection or storage period, OSP process will be the most ideal surface treatment process.
Advantages of OSP: It has all the advantages of bare copper board soldering. The expired (over three months) boards can also be taken back to make the surface treatment again, but it is usually limited to one time.
Disadvantages of OSP: It is easily susceptible to acid and humidity. When used in second reflow soldering, it needs to be completed within a certain time. Generally, the effect of the second reflow soldering is relatively poor. If the storage time exceeds three months, the surface treatment process must be made again. It should be used up within 24 hours after unpacking. OSP is an insulating layer, so the test point must be printed with solder paste to remove the original OSP layer before contacting the testing point for electrical test.
The PCB assembly process needs to be greatly changed. It will be detrimental to ICT when detecting the unprocessed copper surface, and the too sharp ICT probe may damage the PCB. Manual preventive treatment is required to limit ICT testing and reduce the repeatability of testing.